What the media are saying!

Don't just take our word for it. 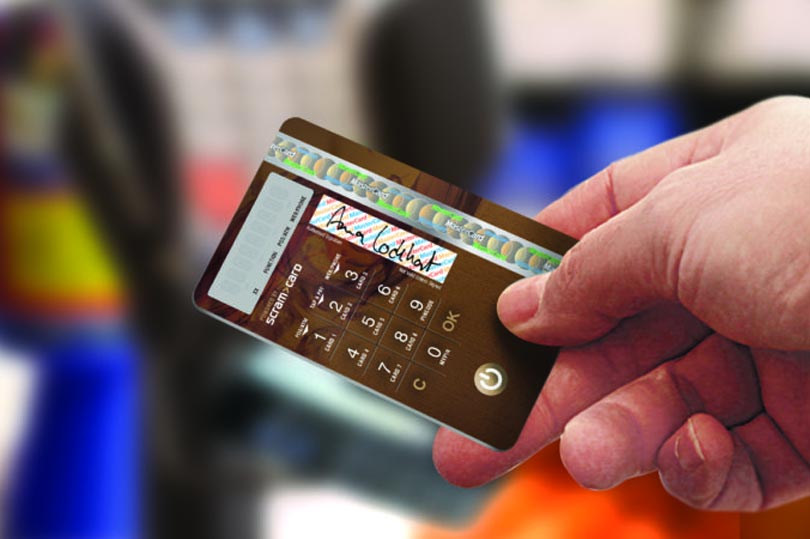 Give your PIN to strangers with this bank card of the future.

Published in The Memo

Da Vinci Choice is the start of the next big thing in finance.

In a world of hackers, poor cyber security and weak passwords, we need our bank cards (and banks) to do more to keep our money safe.

Last year we revealed what Oberthur is doing with its number-shifting MotionCode card, now being rolled out to some 8m Société Générale’s customers in France.

It’s more than just a piece of plastic, it’s an entire computer that fits in your wallet.

It promises to kill PIN numbers and could transform the way we pay for good.

Here’s how it works.

At first glance Da Vinci Choice, as the card’s called, looks no different to any other card in your wallet or purse – thin and plastic-y.

Flip it over and the magic begins, because the entire back of the card is a tiny computer, complete with a screen and keypad.

Turn it on with a tap, enter your Da Vinci PIN (the only PIN you’ll ever need) discreetly on the back of the card, and then pick how you want to pay.

That’s because you can load all your existing bank cards onto Da Vinci.

As soon as AMEX, MSTRCARD, or whichever card you pick flashes on the screen, you can press Da Vinci straight onto a contactless reader.

But it’s for larger payments where Da Vinci shows its real magic.

No PIN, no problem

If you’re paying a large bill in a restaurant (or are taking lots of cash from an ATM), a temporary PIN will flash on Da Vinci’s tiny screen – it’s one-use-only and eliminates the risk of someone stealing your money.

That means when I tried the card out at Soho’s Nordic Bakery I could literally tell the barista my temporary PIN, safe in the knowledge that it would stop working straight after.

And it also means no more cowering over ATMs, terrified someone might be watching over your shoulder, no more worrying that the off-licence might be trying to clone your card, you can even give your card and PIN to the server in a restaurant and let them sort out the payment like I did.

The only ‘sensitive’ PIN is the one you put into the back of the Da Vinci card itself, and that’s easy shield from prying eyes.

“I’m never going to put my actual PIN into something I don’t trust ever again,” Hewitt tells me.

But the future isn’t for everyone.

Hewitt admits that at £75 and going on sale in early 2018, Da Vinci is squarely aimed at early adopters.

It’s likely to be a bit too fiddly and complicated for your grandparents to use, and the whole concept is pretty confusing, even for a technology reporter.

But the technologies that Da Vinci boasts; disposable PINs, a super-secure card, and the ability to merge all your existing cards into one place. These are undoubtedly the future of payments.

In time Hewitt tells me he’s looking to work with banks to develop new versions of Da Vinci, maybe with a larger screen, bigger buttons, or a simplified interface to appeal to the masses.

But we’ll have to wait a bit longer for this future to become a reality.